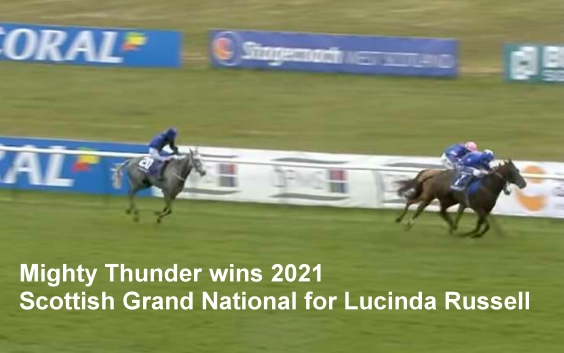 BBC Report: ‘Mighty Thunder produced a late surge to claim a thrilling victory in the Scottish Grand National at Ayr.

It is the first time since 2012 that a Scottish trainer has won the race. END_OF_DOCUMENT_TOKEN_TO_BE_REPLACED