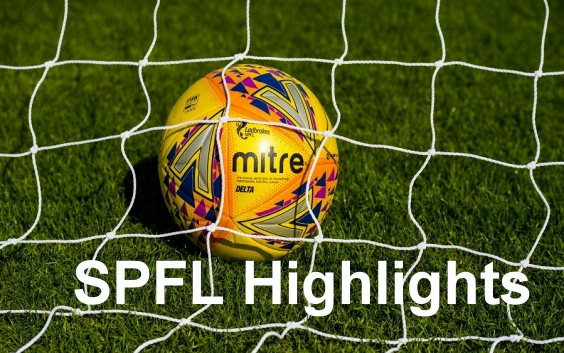 You Tube highlights from the weekend action in the Scottish Football Premier League.
Wins For rangers, Celtic, Aberdeen, Livingston and Hibs.

Celtic returned to the top of the Premiership at the start of the weekend with a 3-2 home win over Livingston. Goals from McGregor, Christie and Ajeti were enough for the champions to take all three points and the top spot in the league, with Livingston’s Julian Serrano scoring from range to keep the pressure on the current champions. 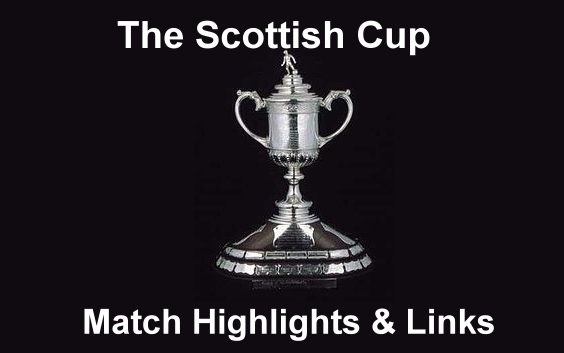 (2 March 2020) – Highlights of the weekend’s Scottish Cup Quarter final Ties. Aberdeen, Celtic, Hearts and Hibs all progress to the Semi-Finals.

Visit The Scottish Cup You Tube Channel at: https://www.youtube.com/channel/UClPCjayqAxV1ANqfACWdZqA

The midfielder’s free-kick from the right beat Zander Clark, with defender Christopher Jullien claiming a touch.

Celtic had pummelled the hosts, Odsonne Edouard striking a post as they sought a 34th-straight domestic cup win.

Neil Lennon’s side join Edinburgh clubs Hibernian and Heart of Midlothian as well as their last-four opponents as they pursue a fourth-consecutive domestic treble.

Aberdeen reached the Scottish Cup semi-final for the fifth time under Derek McInnes as they saw off St Mirren at the Simple Digital Arena.

The visitors raced out of the traps, but after their early goal were content to sit in and frustrate the home side.

Jim Goodwin’s side could not find a way through Aberdeen’s sea of red shirts before Cosgrove’s late spot kick.

Aberdeen now wait to find out who they will face in the draw which follows St Johnstone’s clash with Celtic on Sunday, with Hibernian and Heart of Midlothian already in the hat.

Hearts stunned Rangers for the second time this season to knock them out of the Scottish Cup in a fiery quarter-final at Tynecastle.

Rangers, who were without Alfredo Morelos after he was dropped due to a disciplinary issue, suffered defeat away to the Premiership’s bottom side after also doing so last month.

Oliver Bozanic drove Hearts ahead from a defensive mix-up, and they could have increased their lead in a strong showing that also saw Steven Naismith go close late on.

Hearts, who had a goal disallowed in the first half for an extraordinary Loic Damour handball, will find out their opponents in Sunday’s semi-final draw, and they could be paired with Edinburgh rivals Hibernian after they beat Inverness Caledonian Thistle on Friday.

Adam Jackson, Scott Allan and Greg Docherty put the hosts 3-0 up at Easter Road after Paul Hanlon had been denied from the spot by Mark Ridgers.

The Championship side pulled one back through Carl Tremarco, only for Brad Mckay to be sent off a minute later.

(20 Feb 2020) – Highlights and news from this weeks two Scottish Cup Fith Round replays which saw victories for Aberdeen and St Mirren as well as two extra time periods and fifteen goals in total.

Aberdeen struck twice in the final two minutes of extra time to knock out Kilmarnock in a belatedly thrilling Scottish Cup replay and set up a quarter-final with St Mirren.

The Pittodrie side trailed with two minutes of the 90 to play, and again as the game entered its 119th minute. But Sam Cosgrove’s penalty and a Connor Johnston own goal clinched victory.

St Mirren threw away a three-goal half-time lead before roaring back to beat Motherwell on penalties and clinch a Scottish Cup quarter-final place.

Jon Obika’s spot-kick ultimately won the shootout after an epic encounter and earned Jim Goodwin’s side a home tie against Aberdeen.

Visit The Scottish Cup You Tube Channel at: https://www.youtube.com/user/ScottishCupOfficial

(17 Feb 2020) – Highlights of the weekend’s Scottish Premier League games as Celtic maintain their lead at the top of the table. At the foot of the table Hearts and Hamilton remain in the bottom two positions after a 2-2 draw.

Visit The SPFL You Tube Channel at: https://www.youtube.com/channel/UCakRszbIjjGYtFrDPeg5Ieg

Late Ajer Goal Seals it for the Celts

Hearts Come From Behind to Salvage a Point!

(26 Jun 2019) – BBC Report: Scotland are out of the Women’s World Cup after a twice-taken added-time penalty gave Argentina a dramatic draw.

The Scots needed to win and Kim Little turned in their opener with Jen Beattie and Erin Cuthbert netting from corners.

It was 3-2 after Milagros Menendez scored and a Florencia Bonsegundo shot went in via the bar and Lee Alexander.

A VAR-awarded spot-kick taken by Bonsegundo was saved by Alexander but she was off her line and, agonisingly, the striker scored second time around.

With 16 minutes to play, Shelley Kerr’s Scots were on course to be one of the four best third-placed sides going into Thursday’s final fixtures in Groups E and F but Argentina’s recovery consigned the Scots to bottom place in Group D.

And Scotland captain Rachel Corsie was unhappy that referee Hyang-ok Ri allowed an Argentina free-kick to be taken while substitute Fiona Brown was coming on, with another substitute, Sophie Howard, ultimately penalised for her challenge on Aldana Cometti.